The event will take place from 7:30pm and is free entry

Paul Oughton is a self taught artist. He started to paint three years ago as a hobby in his spare time and just enjoyed splashing paint around a canvas to see what became of it. It was fun and people who saw what he was doing offered encouragement through playful banter. Paul gradually became more immersed in his new hobby and began to research known artists from the Old Masters to the Impressionists in a bid to learn about the fundamentals of painting. Practice began to yield results and Paul began to look at everything through a different set of eyes, watching for differences in colour, light and form in everything he saw. Copying some of the Impressionist’s works gave him valuable lessons from which to improve early efforts into simple pictures that people wanted to buy.

In 2013 Paul had lots of small pictures lying around and he realised he needed to get rid of them to make room for more worthy efforts so he took a Sunday market stall near Newcastle Upon Tyne close to his home and was soon selling pictures on a regular basis. Encouraged by sales and favourable comments Paul became more serious about his painting but time was limited by having to hold down a full time job. However, his work continued to sell from repeat customers and through local galleries throughout the North East. A series of acrylic paintings of Venice sold well and Paul’s reputation began to grow. 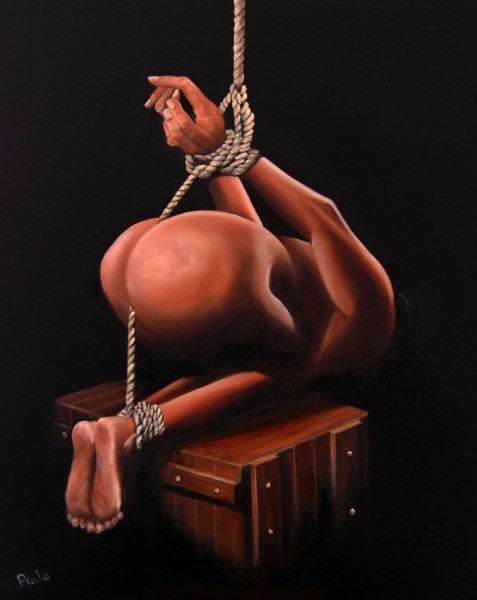 Fill out your e-mail address to receive our newsletter!

For me Hoxton DS stands out from other dungeons I've visited. It's modern, very clean and has a really luxurious feel about it. I enjoyed my visit very much and will definitely come back again. Thank you for making my visit awesome. - Miss Deviant

The Hoxton dungeon suite is a lavish haven for serious kink and fetish fun. The two play rooms are impressively equipped with a tantalising array of devices to suit every need of the b.d.s.m enthusiast. Training my slave over a period of two nights and a day in the suite was an absolute delight.My bedroom was clean, fresh and comfortable, I am not sure how my slave found sleeping in the cage, but then that was part of his training. I am sure to return again soon, to use the suite in an professional capacity. It certainly deserves the accolade of being a first class kinksters play-ground. - Mistress Ava Von Medisin (Norfolk) 5/10/2012 - 7/10/2012

My only regret is that I did not book with more advance notice. If you are thinking about renting here, block it out as soon as possible. You don't want to miss out. I will be back soon. - Domina M (Spain) 09/10/2012

Our stay at your suite was exceptional. The dungeon and vanilla amenities met all of our needs. In fact, we often struggled to get ourselves to leave the apartment and see some of London! I am pleased about the additional milking attachment....fulfills a fantasy...thanks. The only 'missing' amenity was a full length mirror....it would be nice to see myself head to toe before going out or as I watch my boi prep me to play with him. I was so satisfied, I have no other suggestions! -MM